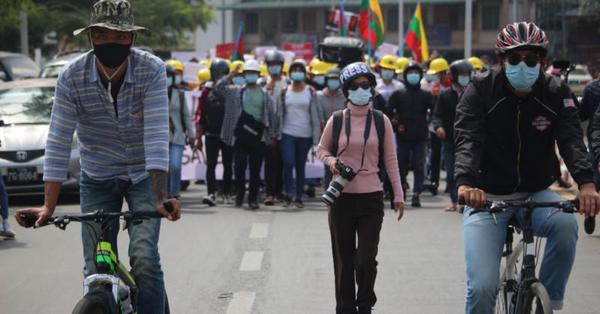 As protests grow in Myanmar, so do crackdowns on the press

From 1962 through 2011, a military junta ruled Myanmar. During that time, independent media reported in exile from neighboring countries or went undercover. The military imposed strict censorship, kept the price of sim cards prohibitively high, and isolated the southeast Asian country from the world. When the democratically-elected government of Aung San Suu Kyi came to power in early 2016, it loosened some of its harshest restrictions on the press. But less than a year into its term, its relat
Close ✕