Reading through our in-depth and featured reports at major Global outlets will provide you comprehend the current situation in Myanmar issued related to the spring revolution. 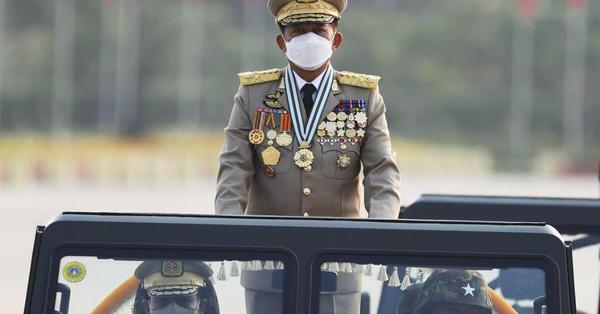 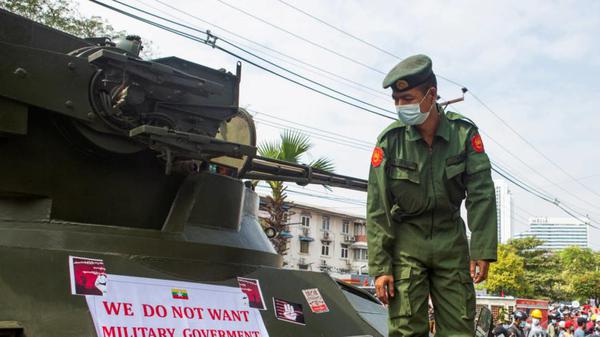 Japan needs to ratchet up pressure on Myanmar's junta

On Sept. 16, about two months after intensified armed clashes resumed in Myanmar between the state military and the Arakan Army in Rakhine and the southern Chin States, the military regime blocked the United Nations and international humanitarian organizations from accessing six townships, despite the severe humanitarian need. Two weeks later, the junta further restricted the supply of medicine from Yangon to Rakhine State while at the same time arresting at least two medical doctors. 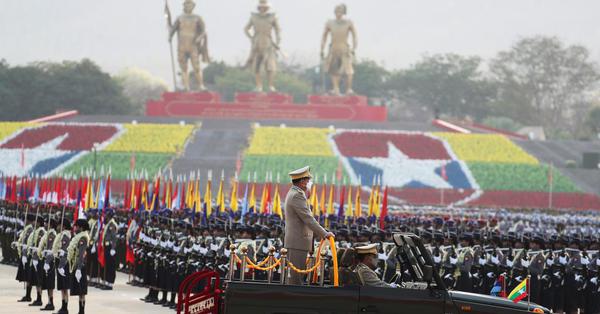 A month ago, the body of a man was found dumped by the side of the road in Myanmar’s central city of Mandalay. The victim had been stabbed multiple times, and his hands tied behind his back. Attached to a lanyard around the neck of National League for Democracy (NLD) member Zaw Gyi the killers had left their calling card: a red circle depicting a warrior holding two swords. The circle is the symbol of a new pro-military death squad terrorising Myanmar called Thway Thauk Apwe, which roughly tr 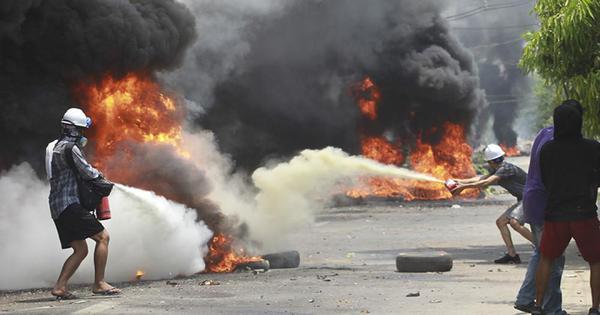 Nowhere is safe: The Myanmar Junta's Crimes Against Humanity Following the Coup d'État 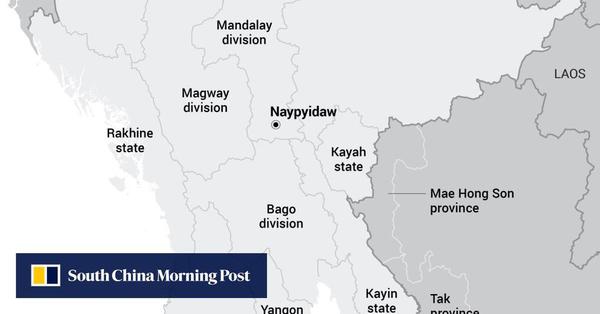 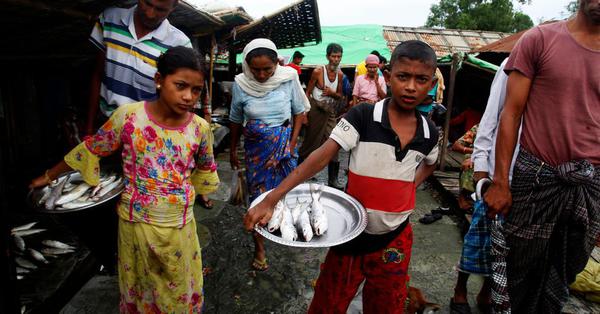 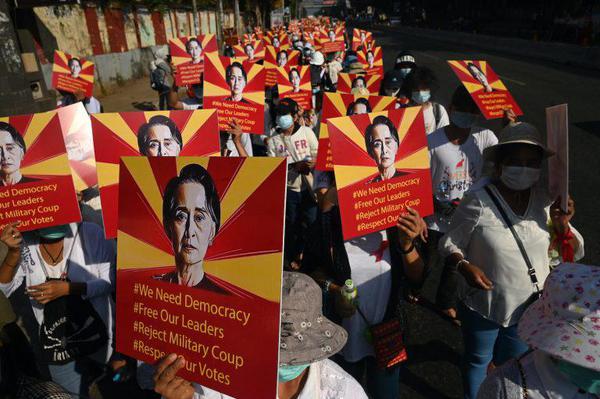 365 days after the Military seized power in a coup,in this report- how the junta ruined the freedom of expression and civil space in Myanmar. 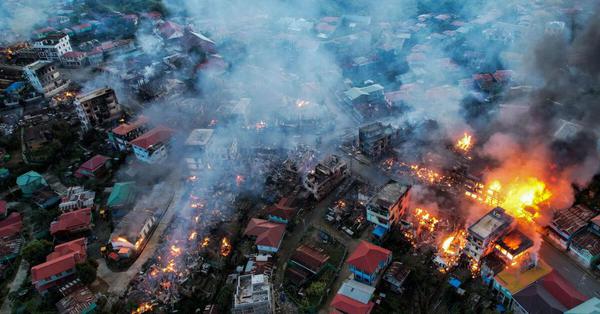 One person appears to have been trying to crawl to safety. Two others are locked in a haunting embrace on the ground. A few of the corpses have their hands tied. The charred remains of the 11 villagers in northwestern Myanmar tell the grisly story of their final moments. They were rounded up and beaten by soldiers hunting down resistance fighters. Some, if not all, were shot before they were trapped inside a hut next to a betel farm and set alight. “We saw the smoke, but we thought the soldi 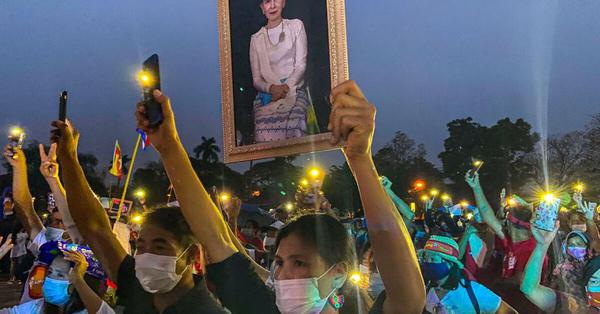 The international condemnations poured in swiftly over Monday’s sentencing of onetime democracy icon Aung San Suu Kyi by a court in military-ruled Myanmar. But in reality, the 76-year-old Nobel laureate is no longer the prime torchbearer for the country’s democratic aspirations. Suu Kyi, the civilian leader who was pushed aside in a de facto coup in the Southeast Asian nation this year, was convicted on two charges and given a four-year prison sentence that was quickly reduced to two years of 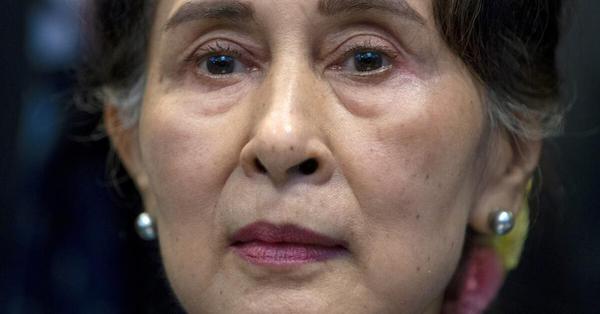 A court in Myanmar sentenced civilian leader Aung San Suu Kyi on charges of inciting violence and violating COVID-19 rules, dealing another blow to democracy in a country plunged into chaos by a military coup. Suu Kyi was initially sentenced to four years in prison Monday, but the military government later reduced the sentence to two years under house arrest, according to state-owned media. The sentence is expected to be the first of more to come; Suu Kyi is facing 11 charges in total, includi 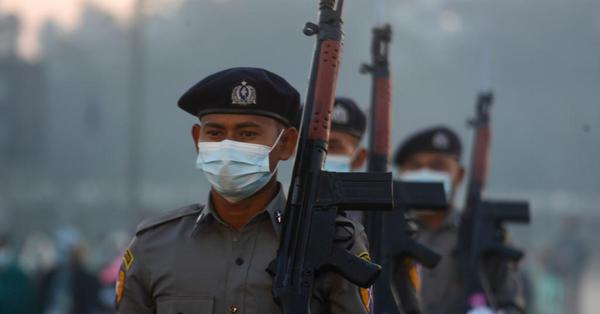 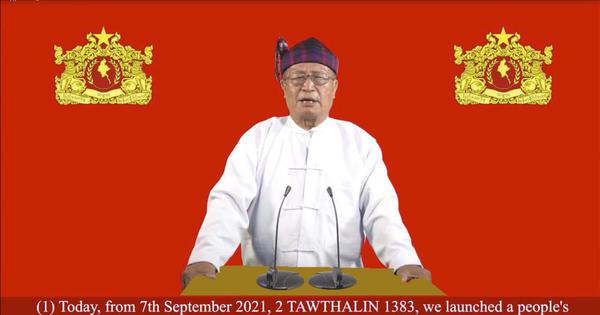 'The last battle for Myanmar': Citizens take up arms in bid to topple junta

Months ago, the banging of pots and pans each night by residents of Myanmar’s largest city symbolized resistance to the military coup that deposed the country’s elected government. Now, the thud of bomb blasts marks the defiance against the military, known as the Tatmadaw, since its Feb. 1 takeover and brutal crackdown on dissent that activists say has resulted in more than 1,100 civilian deaths. The explosions ring out in Yangon as urban guerrillas step up their attacks on the security forces 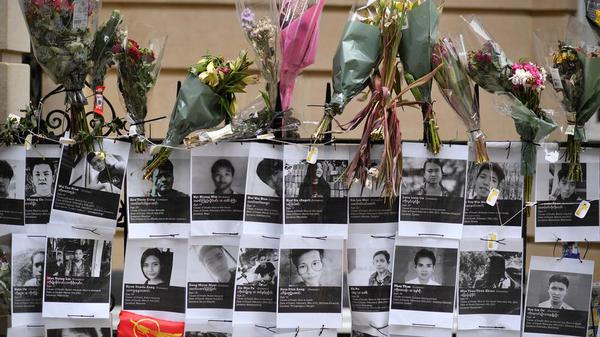 ‘How Is That Fair?’ The Silent Terror of Survivor’s Guilt.

Daniel Nyan had just picked up lunch and was driving home when a powerful wave of emotion forced him to pull over and start crying. “I have a car, I have a home and can buy myself food,” he recalled thinking. “So many of our people can’t. Daniel was born in Myanmar’s remote Chin State on the border with India. He left the country years ago and is now running the operations of an international child protection organisation in Mae Sot, a Thai town where refugees from Myanmar have lived for 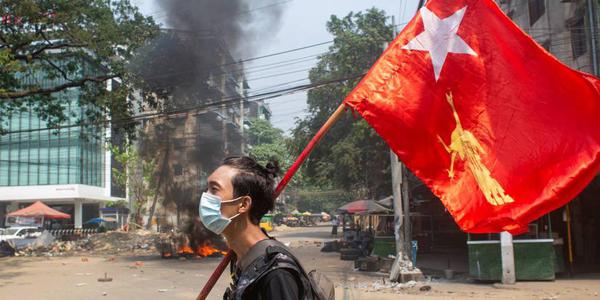 Five Myanmar voices on a year in turmoil

BANGKOK -- Since Myanmar's military seized power on Feb. 1, the country has been in turmoil and economic decline. Hundreds of thousands of people have demonstrated, while government and private sector workers have joined a civil disobedience movement seeking to strangle the military's economic and infrastructural base. The military regime, which calls itself the State Administration Council, is acting swiftly to erase a decade of reforms and drag society back toward a brutal dictatorship like t 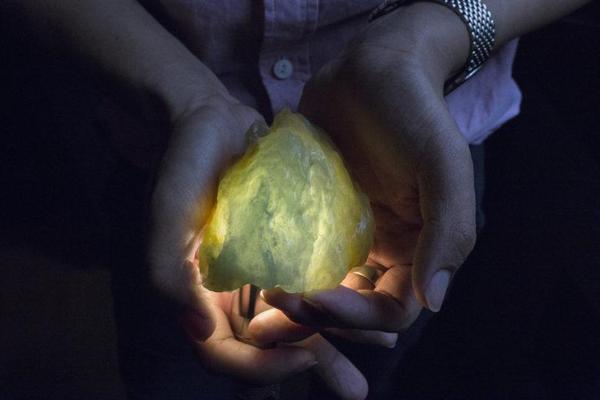 Jade mining is fueling conflict in Myanmar, channeling money into the coffers of the military and ethnic armed groups, according watchdog group Global Witness. The industry buoys the weapons trade and enriches military officials, including the son of junta leader Min Aung Hlaing, the group says. “In Hpakant our investigation revealed that warring parties were collaborating to profit even as conflict between them escalated elsewhere in northern Myanmar,” says a new report by Global Witness, whi 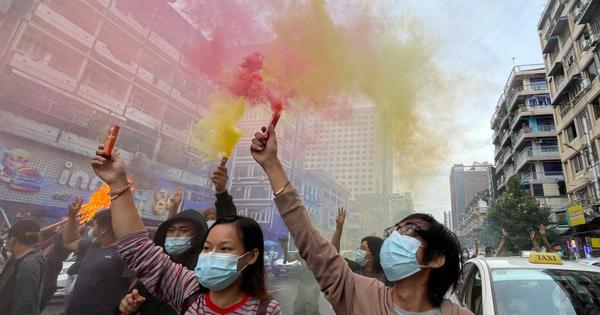 ‘No one can protect us, even the law can’t protect our rights’

More than 6,000 people have been detained since the coup, and journalists are one of many groups being targeted. 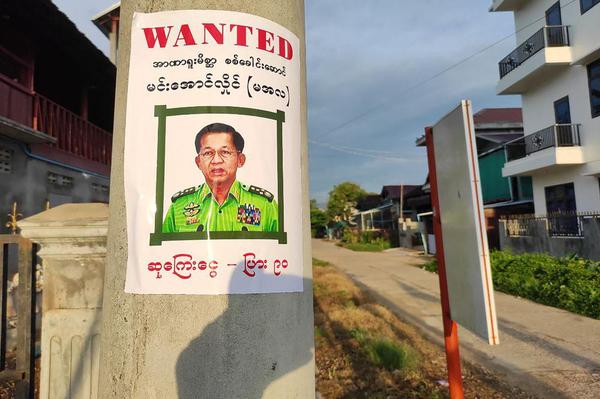 Cracks are showing in the Myanmar military, but is it enough?

Officer Pyae Sone Tun’s face flashes across the screen for a brief moment, his voice cutting in and out. He is walking quickly down a dirt path, holding his phone upwards in the hope of catching a better signal, but his internet connection is weak and the call sputters and disconnects. He is one of a growing number of soldiers to have defected from the Myanmar military, known as the Tatmadaw, since its February 1 coup. Now forced into hiding, he is working to support the Civil Disobedience Move 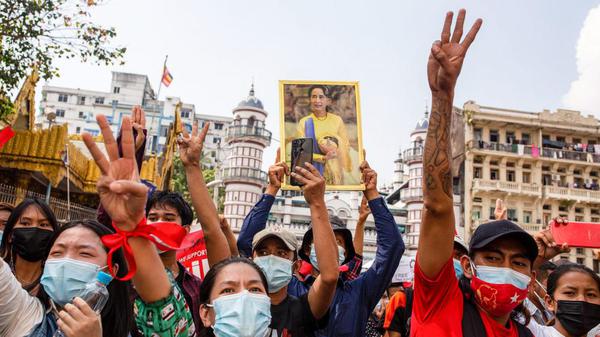 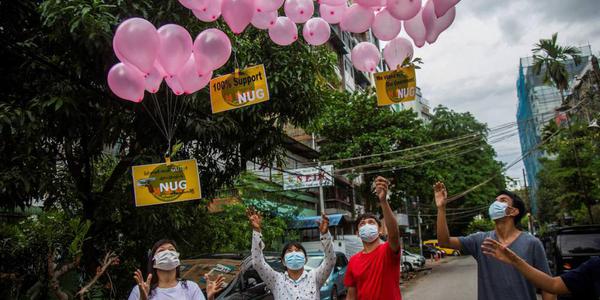 Fuadi Pitsuwan is a pre-doctoral fellow at the School of Public Policy in Thailand's Chiang Mai University and a son of the late Surin Pitsuwan, former ASEAN secretary-general (2008-13). Kyaw Hsan Hlaing is a researcher and independent journalist from Myanmar's Rakhine State. Just days after Myanmar's junta chief met leaders of the Association of Southeast Asian Nations in Jakarta and agreed to their call to halt violence in the country, reports of fatal attacks on at least six protesters indic
Load More Articles
Close ✕